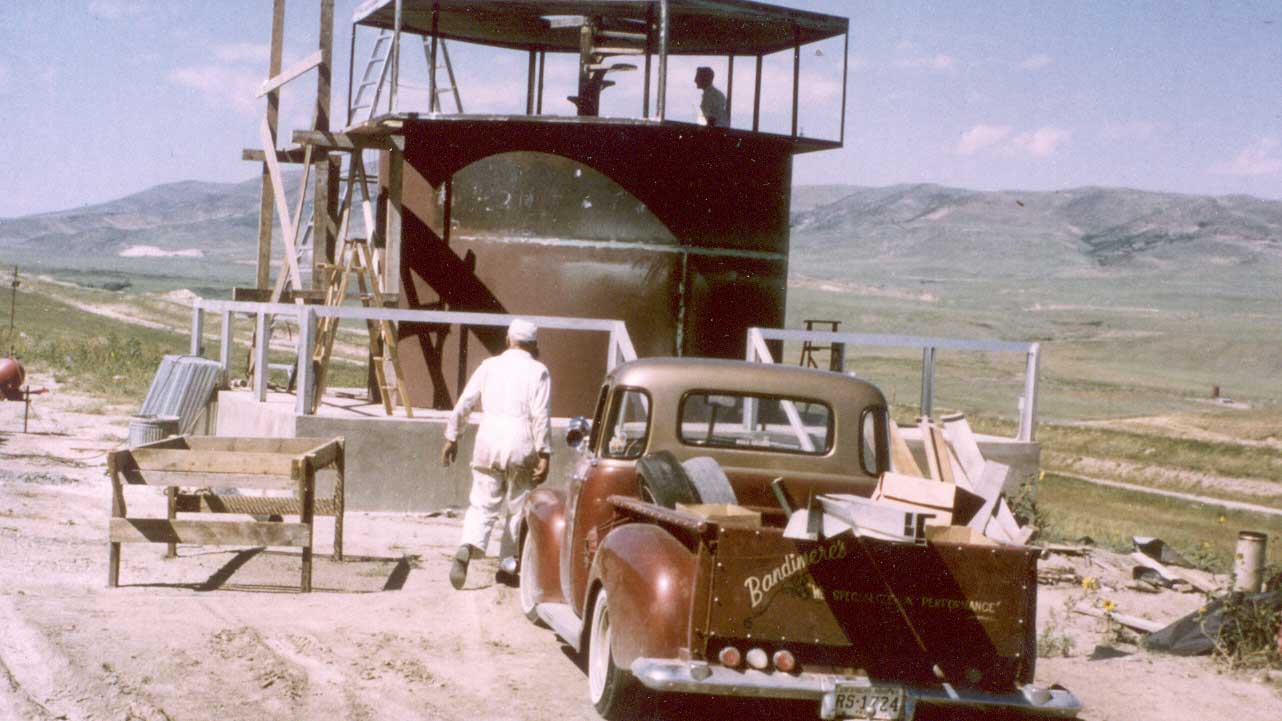 In 1958, John Bandimere Sr. purchased a parcel of land on the west side of Denver nestled up against the Hogback leading up to the Rocky Mountains. 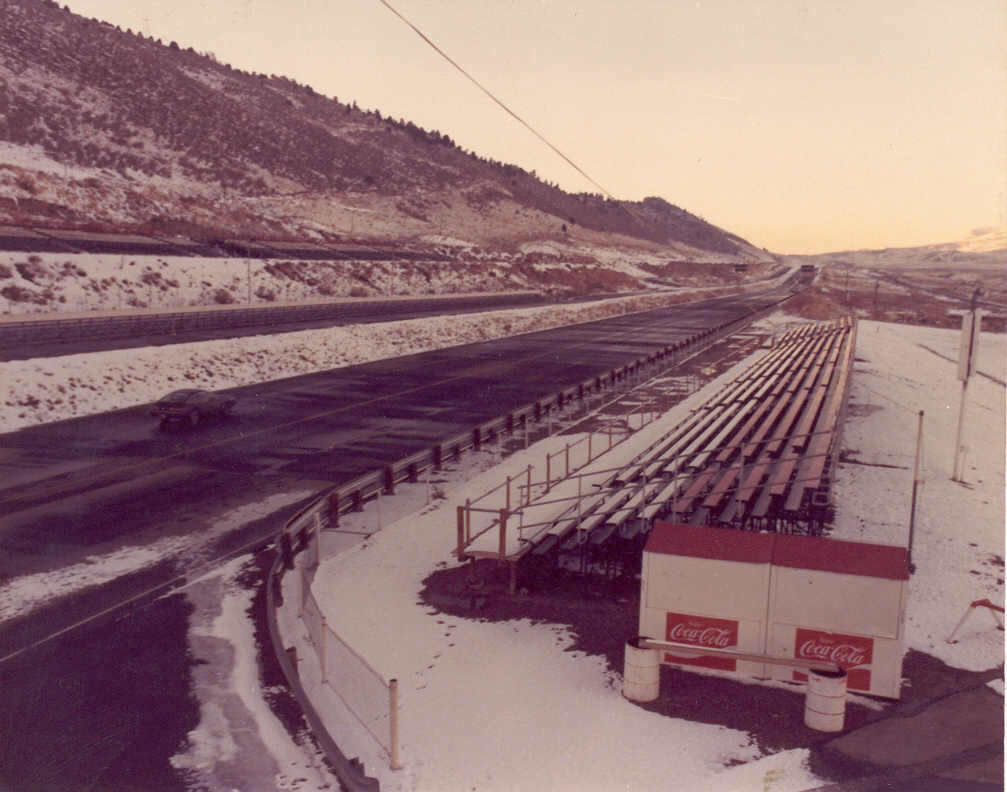 He and his family began the process of constructing a small but efficient drag strip that was to be used to augment their auto parts business. It also was the fulfillment of a dream of John Sr.'s to provide a safe environment for young people to learn about cars and race them off the streets.

Now, over 63 years later, the only thing at Bandimere Speedway that has not changed is the facility's location.  Nearly every original building has been replaced including the original spark plug-replica timing tower and the event schedule has grown nearly 10 times its original size to host a variety of specialty events, including the Mopar Mile-High NHRA Nationals.

The most significant change to the facility was in 1988 when the Bandimere family made the decision to undergo a much-needed $4 million improvement project which included a year sabbatical on the national event circuit. The many facility improvements allowed for diversity of events, more spectator seating, better pit areas for race vehicles, improved spectator parking and access to all areas of the facility, and an unsurpassed venue for sponsor involvement with improved sign visibility. The ability to host larger spectator events added a tremendous amount of exposure opportunities for the facility and its sponsors. Seating capacity of the grandstands was increased from approximately 8,000 to over 23,500.

"This speedway was the fulfillment of a life-long dream of dad and mom's," relates John Bandimere, Jr., track president. "It gives me great joy to know that through the efforts and support of many dedicated people over the years, we are enjoying over 45 years as a successful full-time racing facility and look forward to many more years in the business."

That fall, John Bandimere, Sr., with help from Jefferson County Commissioners, locate the parcel of land that would soon become the “Safety Proving Grounds of America” – a performance park and education center.  Building permit is issued.

John Bandimere, Sr. breaks ground on his project.  He vision of this property included an oval track, drag strip, garages to teach youth about automotive repair and performance, and high-altitude testing facility for Detroit manufacturer’s. An “SPGA Lifetime Membership” is offered, allowing access for testing for $75.

John Bandimere, Jr. takes a more active role in management of the track.  Larger and more frequent events are necessary to keep track open.  Bandimere Speedway hosted the NHRA Sports Nationals.  This is the first NHRA national event in Colorado.

The NHRA Mile-High Nationals is the first time professional categories compete for points at Bandimere Speedway.

The Compulink timing system, the standard for all drag racing timing systems is developed and utilized for the first time ever at Bandimere Speedway.  The system is the brain-child of John Bandimere, Jr., local racer Bob Brockmeyer, and facility manager Larry Crispe.

Bandimere Speedway is the first track to ever run Super Comp, an indexed, heads-up class at an NHRA national event.

Bandimere Speedway undergoes a $4.2 million renovation and does not host an NHRA national event.

“Mopar Parts” becomes the title sponsor of the Mile-High Nationals at the debut of the ‘new’ Bandimere Speedway – dubbed one of the new Super-Tracks in the country – along with the Texas Motorplex and Houston Raceway Park. These tracks become the model for future track construction and renovations.

Debut of the ‘new’ Bandimere Speedway.

Lori Johns runs a 4.991 during Friday-night qualifying at the Mopar Mile-High Nationals to become the first “4-second” driver on the “mountain”.

The “Top Eliminator Club” is added.  752 seats and 43’ x 150’ covered pavilion provide one of the best experiences for a drag racing fan in the world.

Marked the 30th anniversary of the Mopar Mile-High Nationals at Bandimere Speedway.  This relationship marks the longest running national event sponsorship in the history of the NHRA.

Larry Crispe and crew extended the cooling system under the concrete track to nearly 300' down track, and 7 of 8 NHRA professional records fell during the Mopar Mile-High NHRA Nationals.

Will mark the 60th anniversary of the track, which the quarter-mile is in the exact same location as it was day one of the facility.

From the Mic: It’s never been a better time to go racing

Burnin’ Rubber Podcast: Race to Read and getting kids involved in drag racing