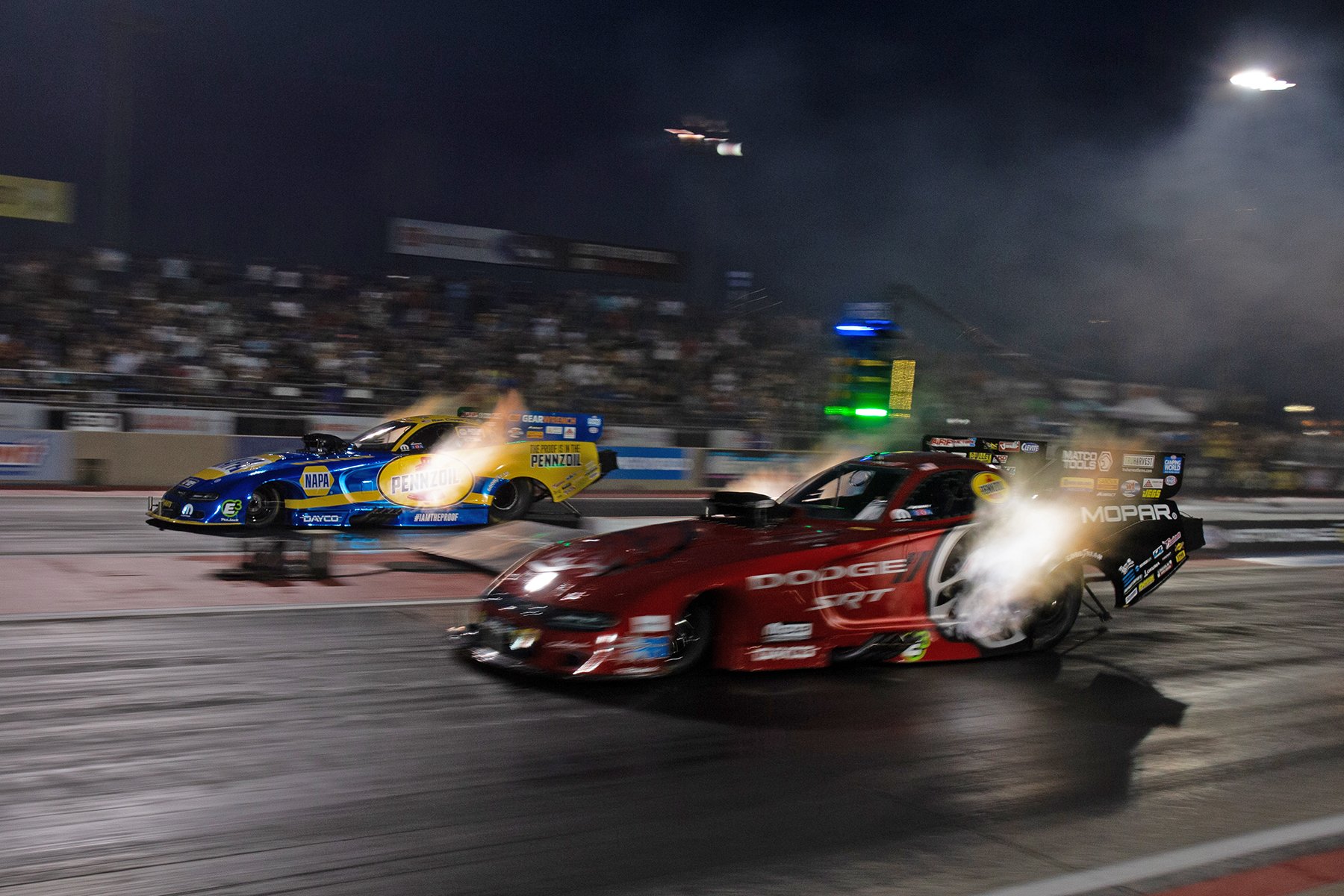 Recap: Day one of the Dodge // SRT Mile-High NHRA Nationals presented by Pennzoil 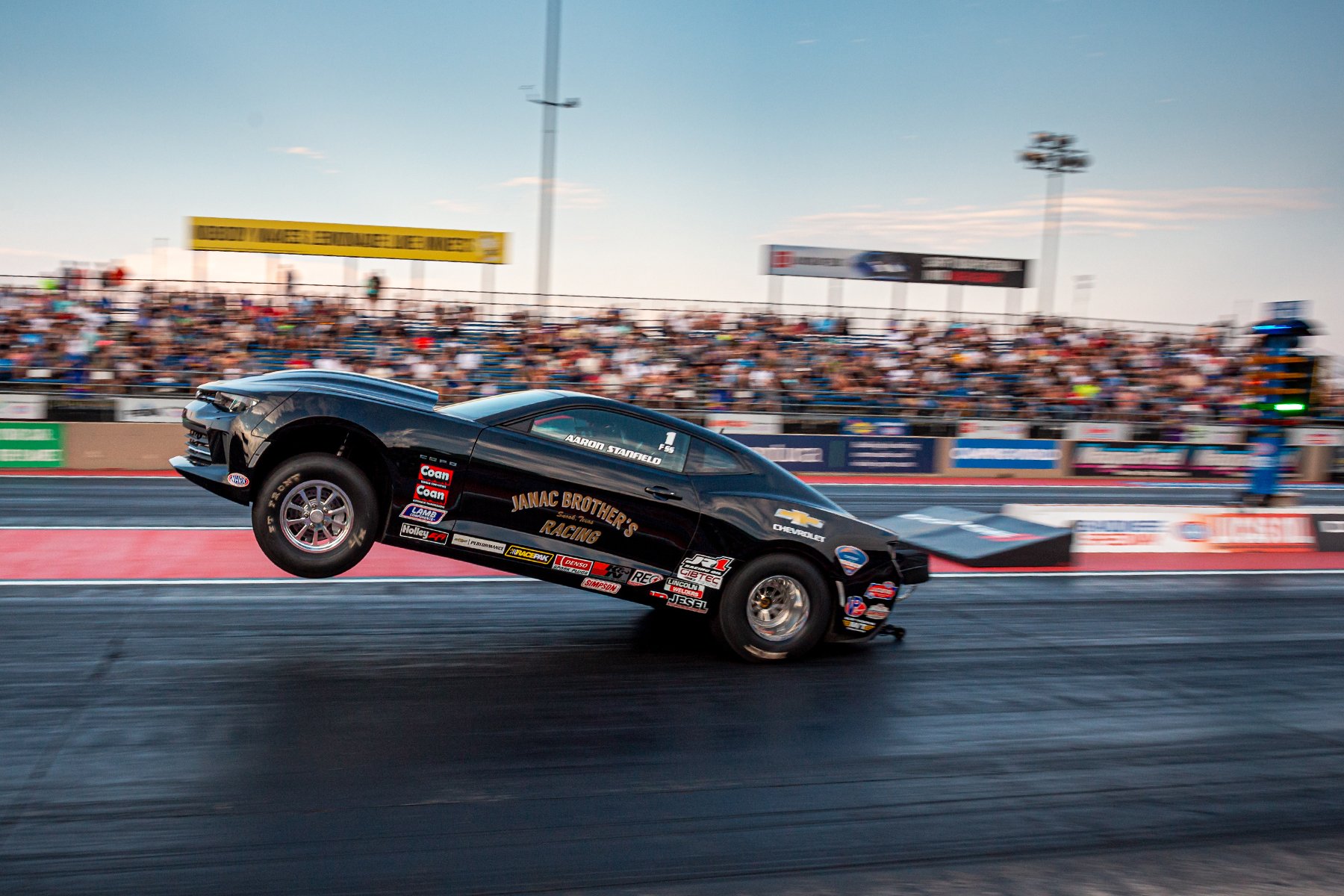 The Mile High's are a fan favorite every year and the return of the event filled the stands to a show as the professionals hit the race track.
The eighth event of the 2021 NHRA Camping World Drag Racing Series season also serves as the challenging and traditional starting point of the NHRA’s famed three-race Western Swing.
At an elevation of more than 5,800 feet. The nature of Bandimere Speedway challenges racers and crew chiefs as engine tune-ups to aerodynamics all become critical to solve the tricky Thunder Mountain. This year's Dodge // SRT Mile-High NHRA Nationals also signifies the debut of Pro Modified and Factory Stock Showdown at the event.

BUY YOUR TICKETS FOR SATURDAY AND SUNDAY NOW

Top Fuel took to the mountain as Steve Torrence looked to defend his win from the last time the Mile-High's invaded Bandimere and opened qualifying with a blast down the race track. 3.778 at 327.11mph to lead the pace in Top Fuel. The mountain proved to be a battle as several dragsters faced the attrition war in the first night. 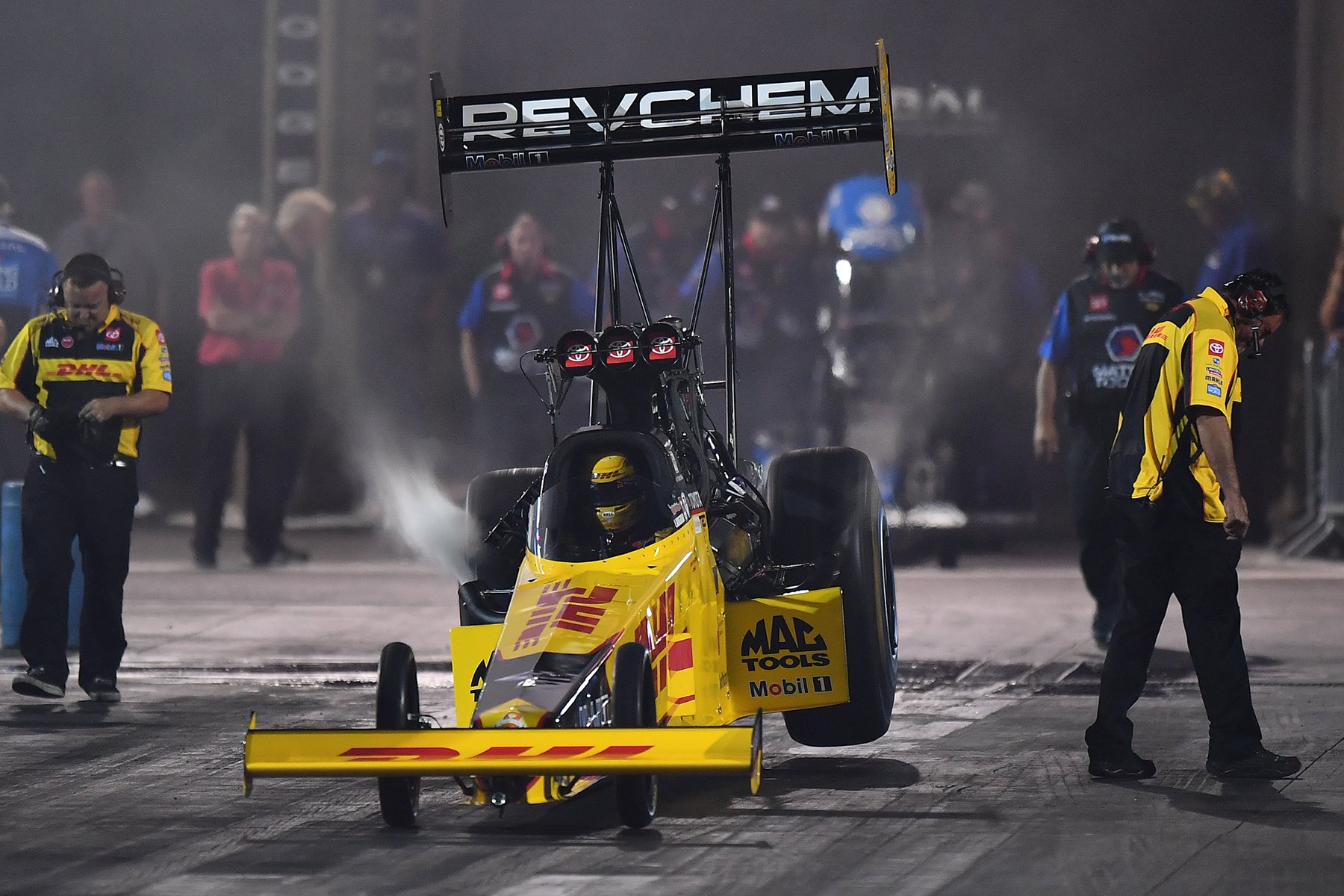 Funny Car through the evening was a competitive side-by-side rally. Showcasing Dodge Charger's as four of the top five running after the first night of qualifying, Matt Hagan took the top spot speeding down Bandimere Speedway at 3.966, 319.22mph. Hagan's run represented one of four cars in the 300mph+ range in funny car.

Pro Stock Bike sent two-wheels down the race track Friday looking to break records and they got awful close. Matt Smith took the top spot after Friday at 7.14 and 188mph. Pro Bike has been chasing the 7.0x number as well as the 190mph marker for a long time at Bandimere Speedway. Saturday could see those marks met a pair.
Factory Stock Showdown made it's debut Friday night and saw an incredible wheel-stand out of Aaron Stanfield, who finished second on the qualifying sheet after night one. Stanfield finished behind David Barton who took the debut top spot after Friday flying down the quarter-mile in his Camaro running 8.258 at 163.77mph. 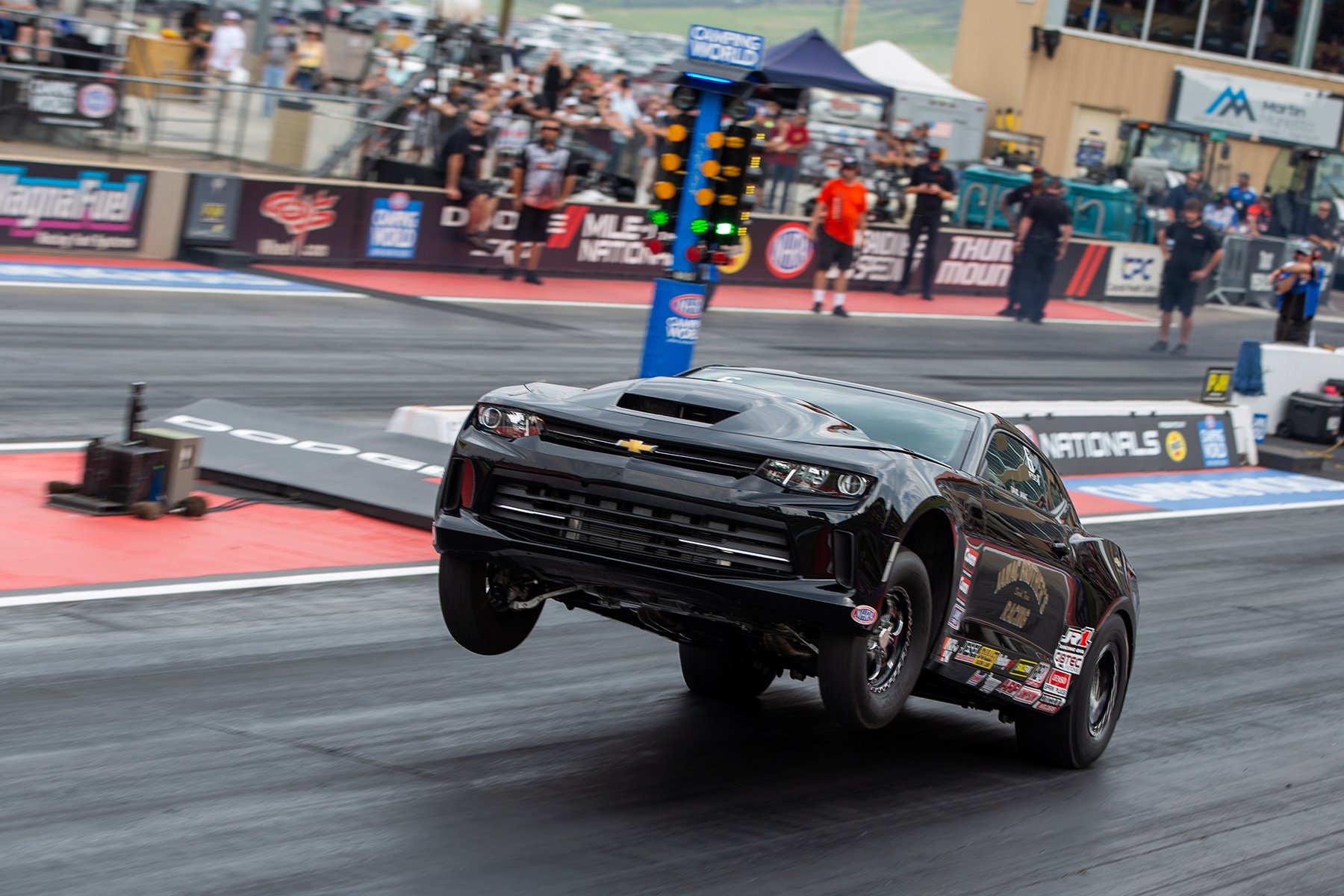 Pro Modified also took to Thunder Mountain for the first time at the Dodge // SRT Mile-High NHRA Nationals. Brandon Snider blasted down the quarter-mile for the top qualifier honors. His 6.055 at 232.99mph pass landed him Denver's first Pro Modified No. 1 qualifier spot... at least for night one. Pro Mod continues with two more qualifying sessions on Saturday.
Featured on Friday night was the No-Time Mile High Shootout where Shawn Fink bested the selected eight individuals picked to run for big cash in-front of a packed crowd. Fink also took home the extra one-thousand dollars for showmanship for a Friday night earnings of eleven-thousand dollars. 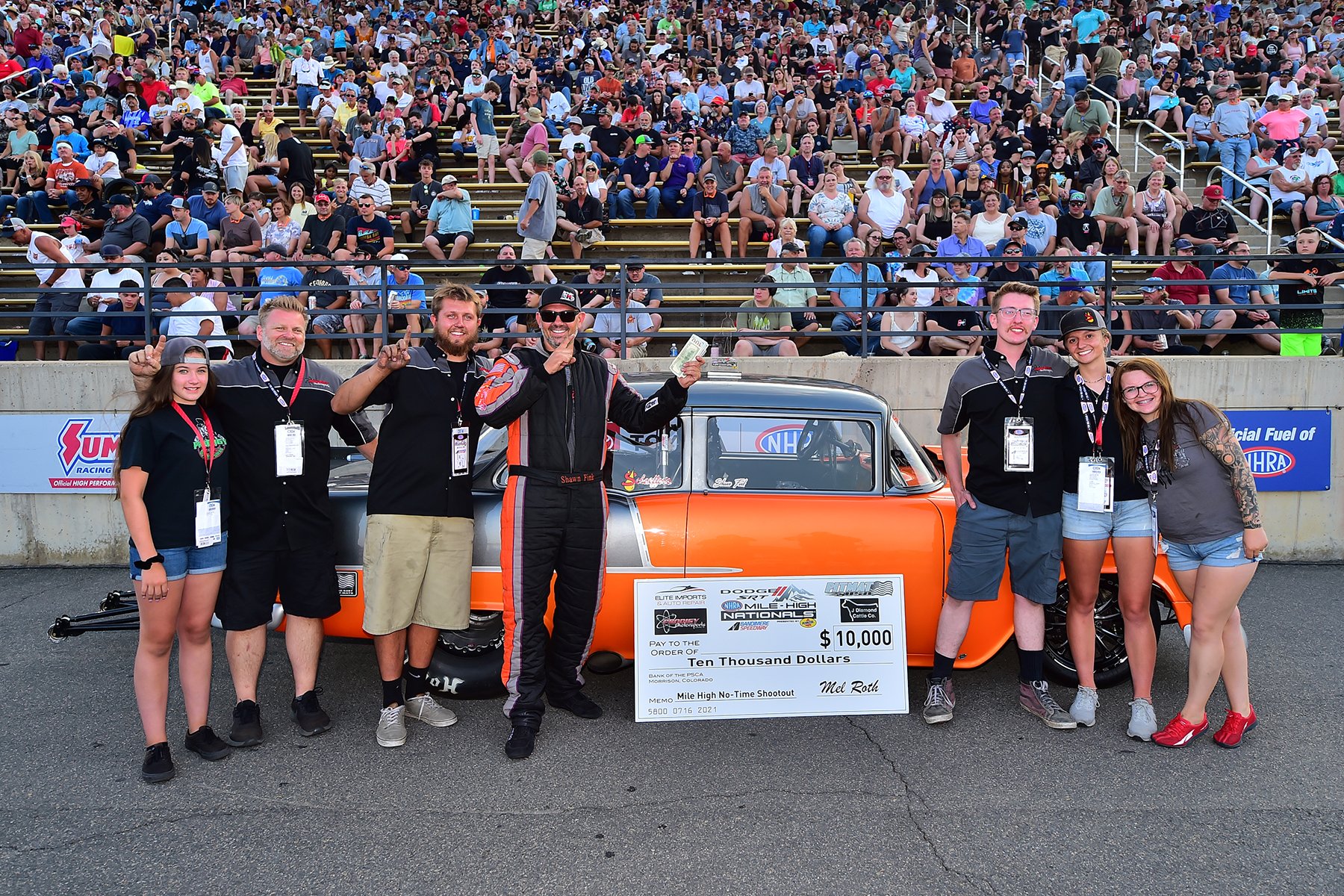 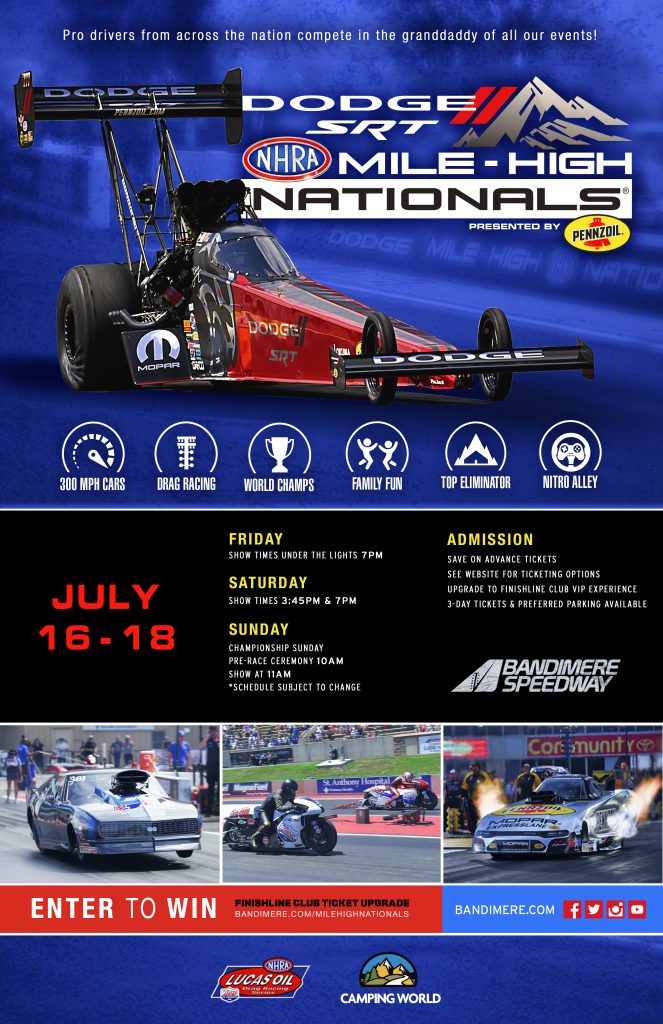 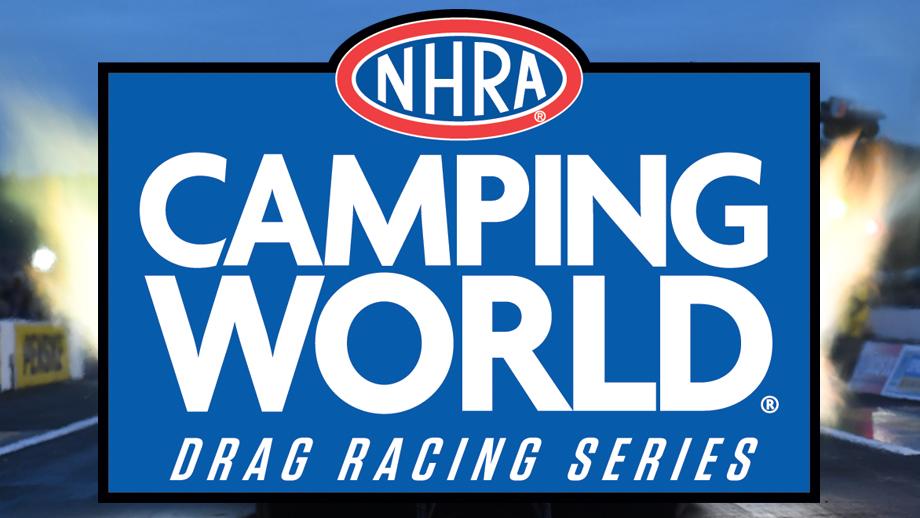 Enjoy the Dodge // SRT Mile-High NHRA Nationals presented by Pennzoil from the air-cooled, food and drink provided area of the Finish Line Club!

Overlooking the race track and all the action, it's one of the terrific VIP areas of the race track! Space is limited and selling out fast! 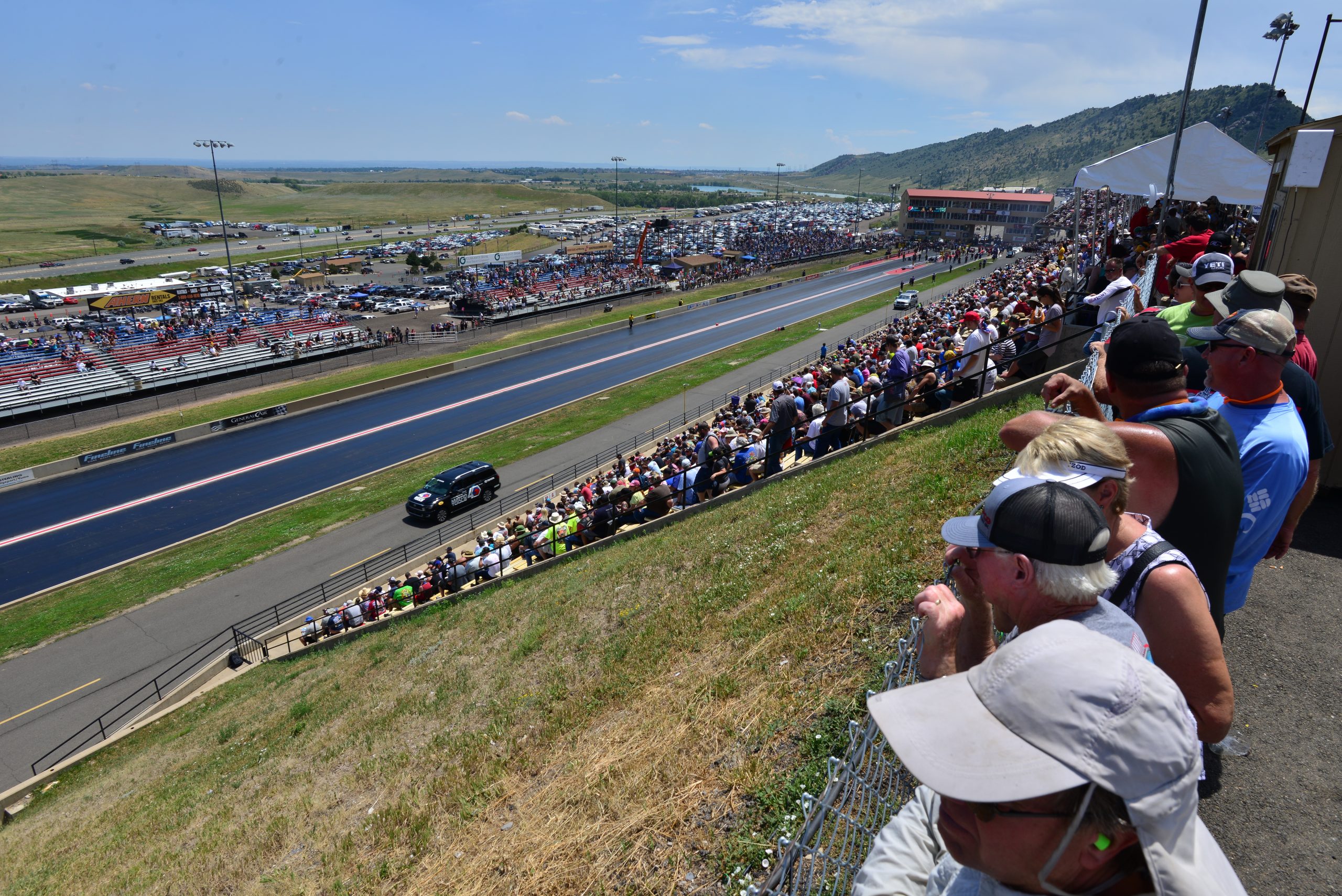