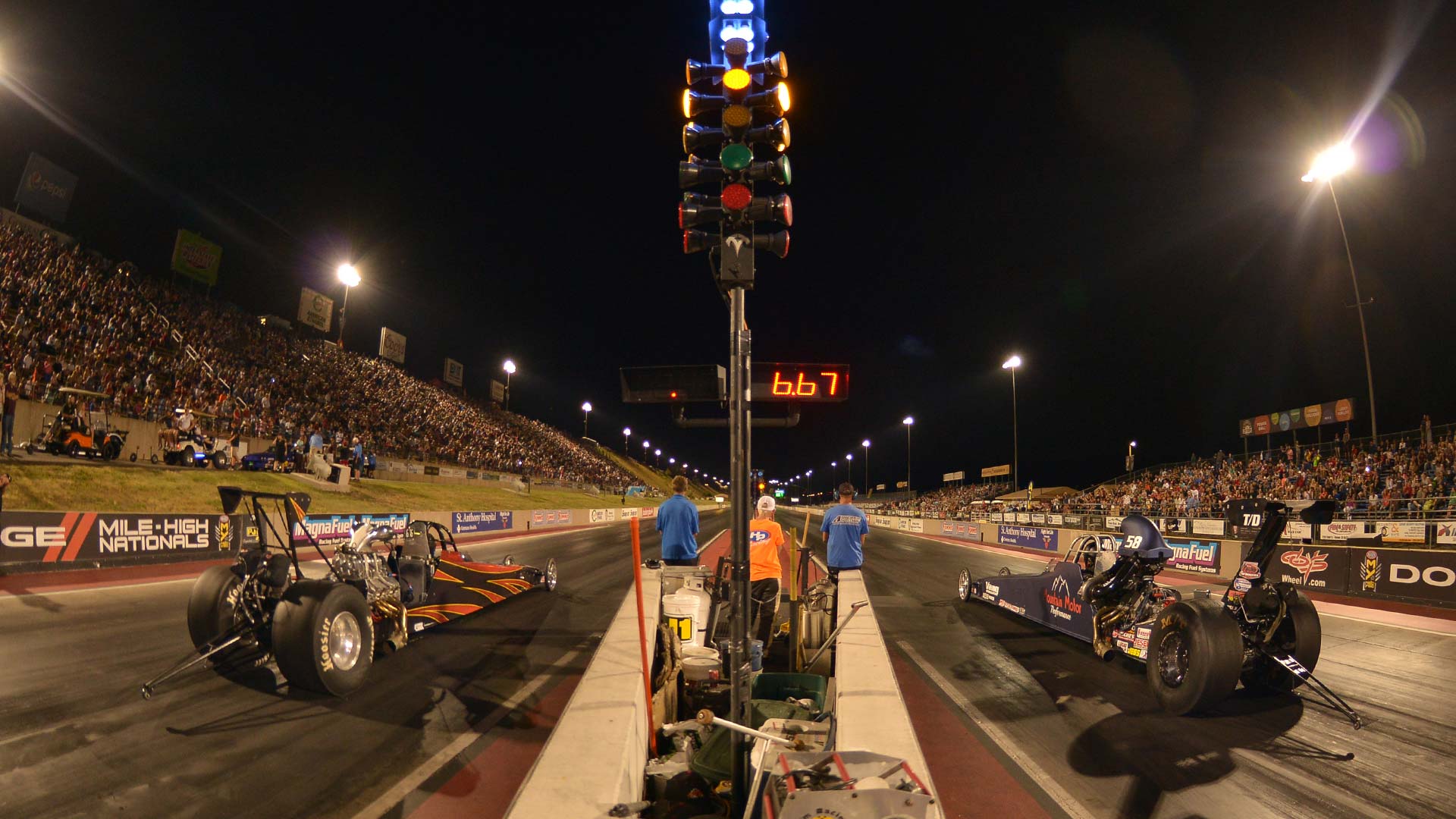 Yellow bulbs warn drivers that they are approaching the starting line and the "staged" position.

Signal drivers that they are on the starting line and ready for a run. These yellow bulbs come on when the front wheels of the race car interrupt the beam from a light source to the photo cells. These same photo cells start the timing equipment. 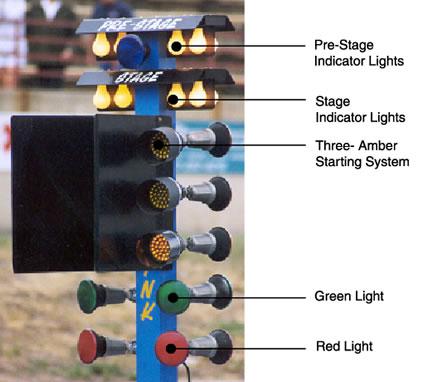 This is the one that makes it all happen. Once the green light is flashed, the driver in that lane is free to make a run down the track. Any time green light is shown in a driver's lane it indicates that a fair start was accomplished.

When a car leaves the starting line before the green light comes on, or, in some cases, is staged too deeply into the staging beams, the red light will flash in that lane. It indicates the driver in that lane has been disqualified. During competition, only one red light will light, thus eliminating only the first offender.

The first of these infrared beam sender/receiver triggers is located 66 feet before the finish line and is used to start the individual lane top speed clocks. A second beam, located at the finish line, shuts off both the individual lane elapsed-time and top speed clocks, and triggers the win indicator. The 66-foot speed trap computes top speed. The length of the actual racing surface at an NHRA Drag Racing Series event is one-quarter mile, or 1,320 feet. The average width of each lane is 30 feet.