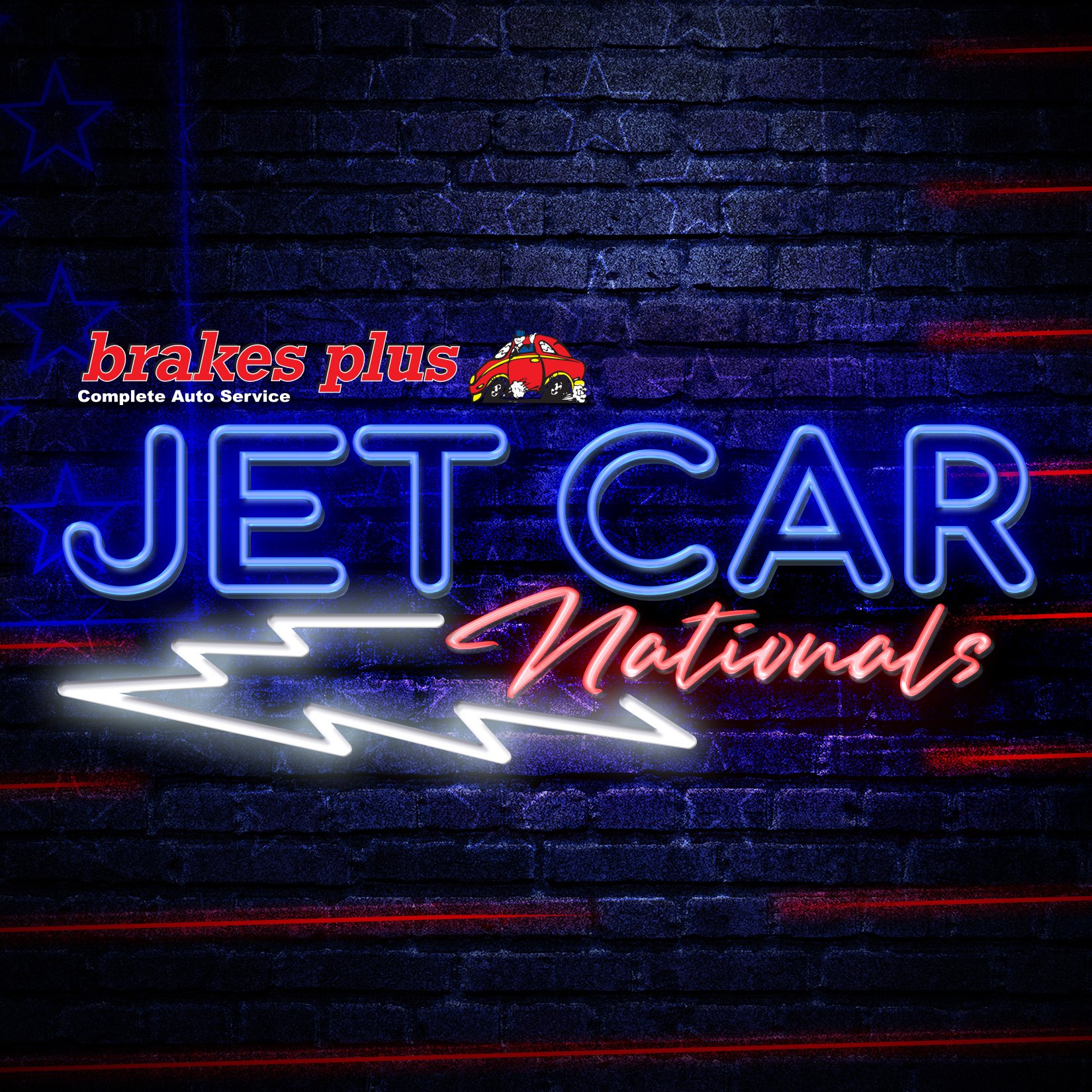 As heard on the Burnin' Rubber Podcast in July of the 2022 Bandimere Speedway racing season ahead of the Brakes Plus Jet Car nationals.

Fireworks, freedom, and fast cars become the focus on July 2 as the Brakes Plus Jet Car Nationals rolls into Bandimere Speedway for an unbelievable night of entertainment.

Bandimere Speedway’s fireworks show is the longest in Jefferson County and will once again light the night and cap a wonderful night of racing and entertainment. 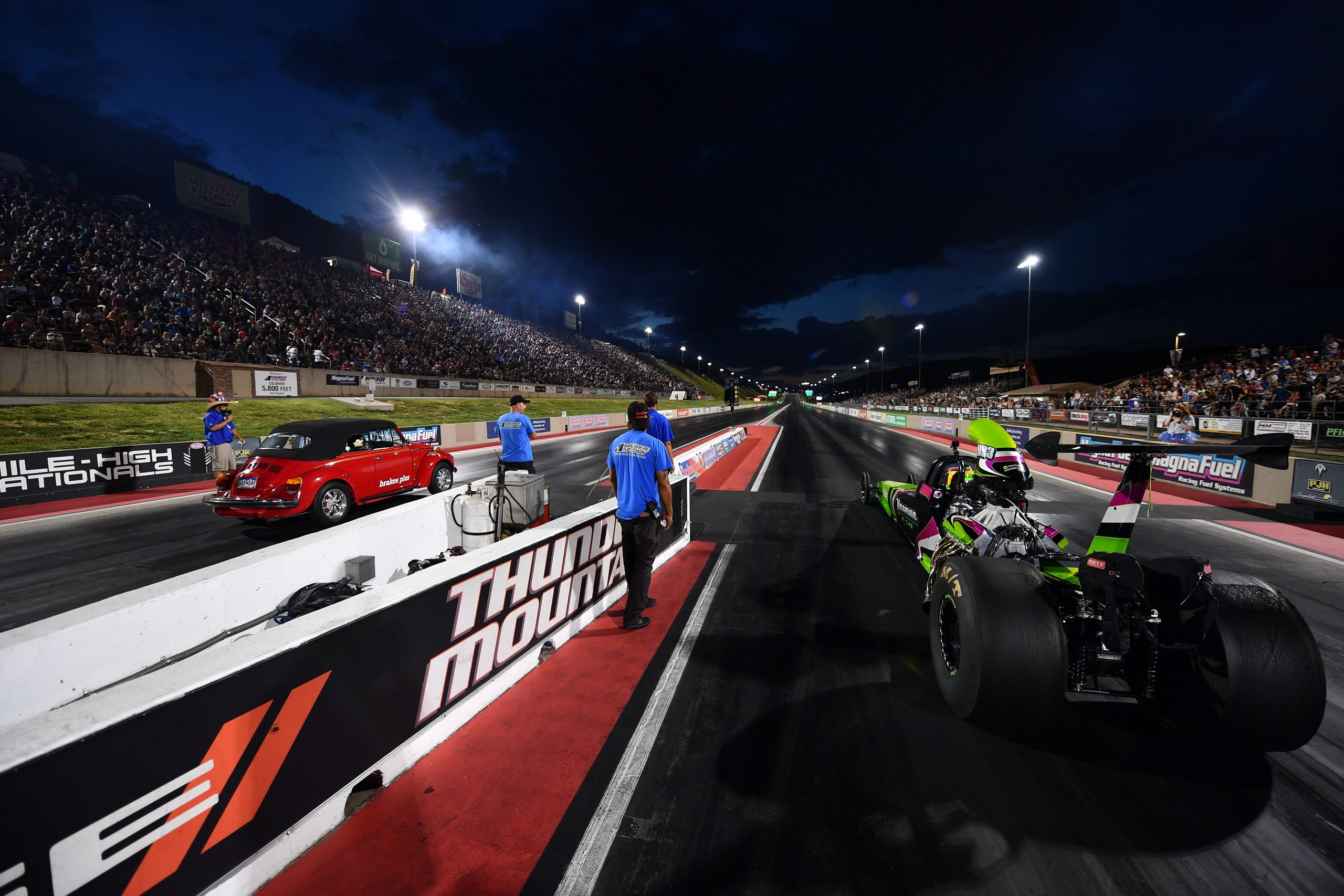 The fan-favorite Brakes Plus Turtle Race will feature the blazing speed of the seven-second dragster in a showdown against the underdog. A real David in this battle against Goliath is “Beepie,” the 25-second Brakes Plus Volkswagen. In a turtle race, the slower car gets the official head start. In what feels like a minute later, the dragster goes shooting down the racetrack attempting to catch the Brakes Plus Volkswagen.

Ed “The Outlaw” Jones returns to Bandimere Speedway. A fan-favorite for many reasons, his boisterous personality shoves the pedal to the floor as he sends his Jelly Belly stagecoach down the racetrack on two-wheels at over 100 mph. Mix in cinnamon-flavored, 20-foot flames out of the back and a whole bunch of jellybeans for the kids and what a show the 40-plus-year racer puts on.

Jet cars are exactly as they sound: jet engines strapped to a dragster chassis. When the afterburners kick on, a 50-foot flame lights the sky and dazzles. And when the jet fuel is applied and the throttle is mashed, jets hit the quarter-mile at over 250 mph and emit a smoke and fire show you must see to believe.

Before the final two jets hit the racetrack, Bandimere Speedway takes time to honor those who have fought for our country and celebrate with a military salute and special presentation. Then the final jets hit the track, the lights go-out, and Morrison, Golden, and even parts of Lakewood can see the spectacular fireworks show that takes place on the mountain. Coordinated to music, the show caps the night with a celebration of our country.

Driving one of those jet cars this weekend is Jaren Mott, former Jr. Dragster driver now turned Jet Dragster driver explains on the latest episode of Burnin' Rubber what it's like to drive a jet car.

Bandimere Speedway has launched a brand new podcast called 'Burnin' Rubber,' a weekly podcast designed to give you the fan, racer or automotive enthuist a sneak peek under the hood at Bandimere Speedway and to discuss, recap and preview new events coming to Thunder Mountain!

Download the Burnin' Rubber podcast on your favorite platforms where you find your podcasts like Spotify, Google Podcasts, iHeart Radio and Apple podcasts! 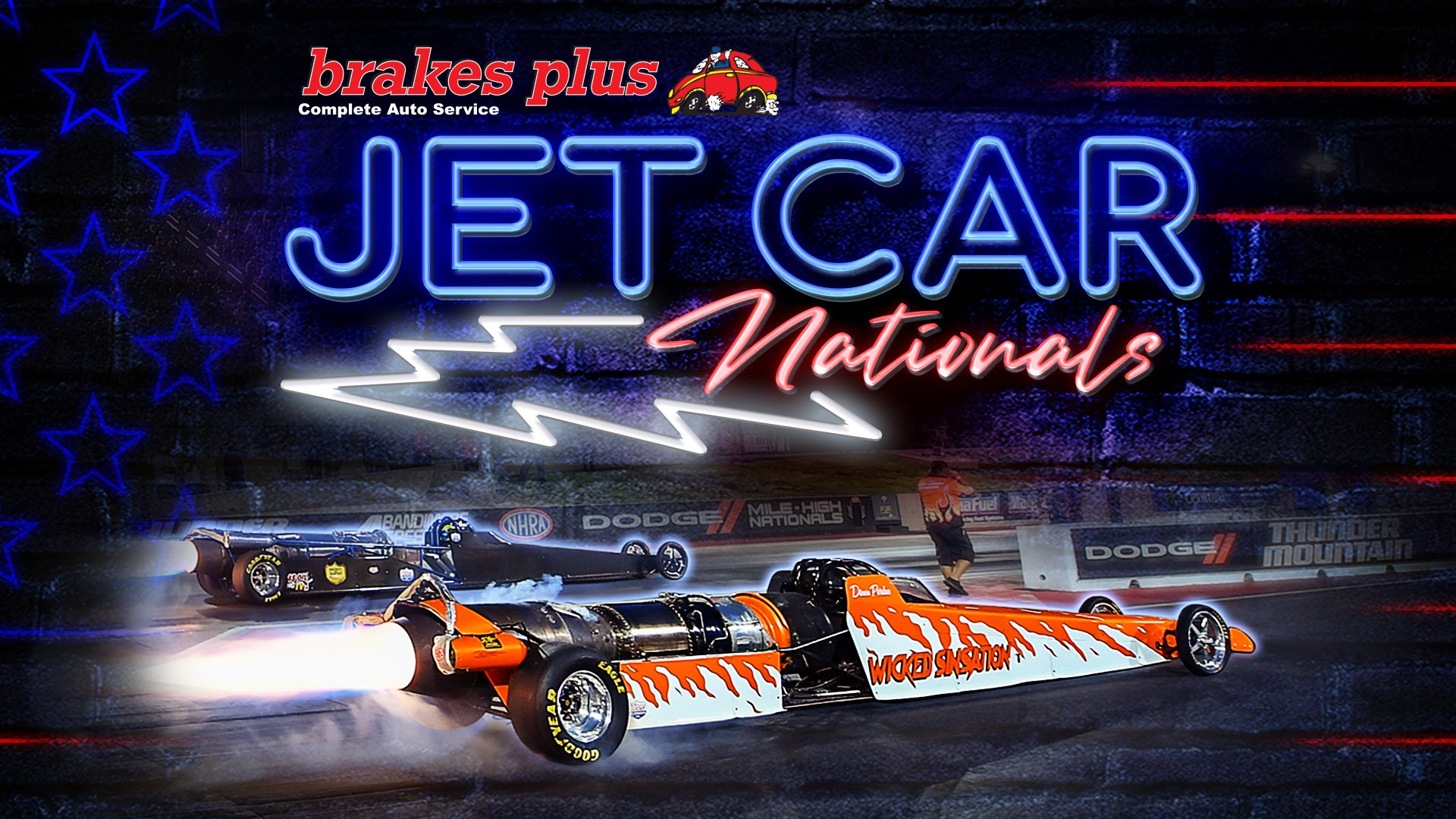 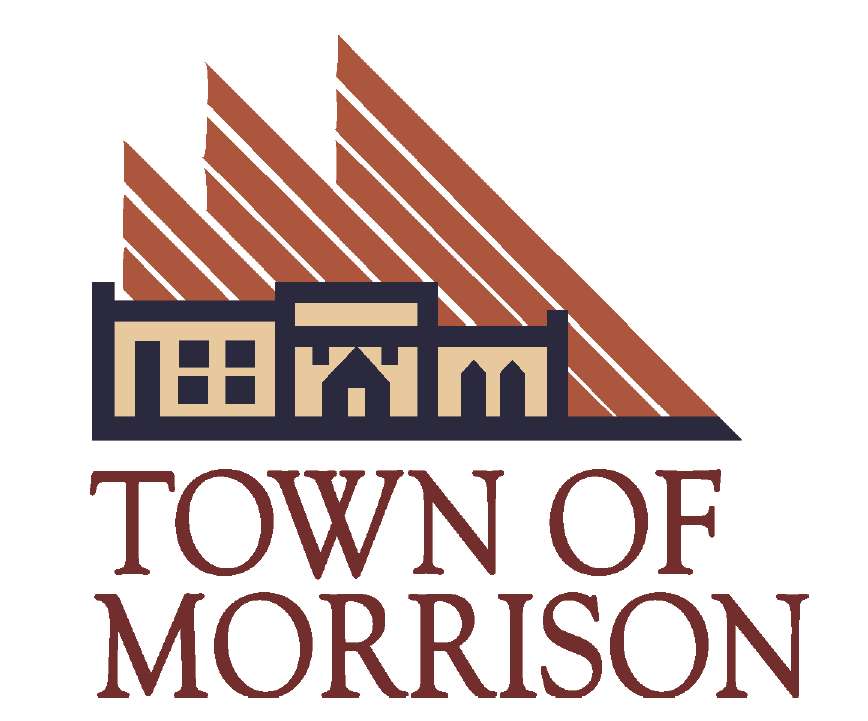