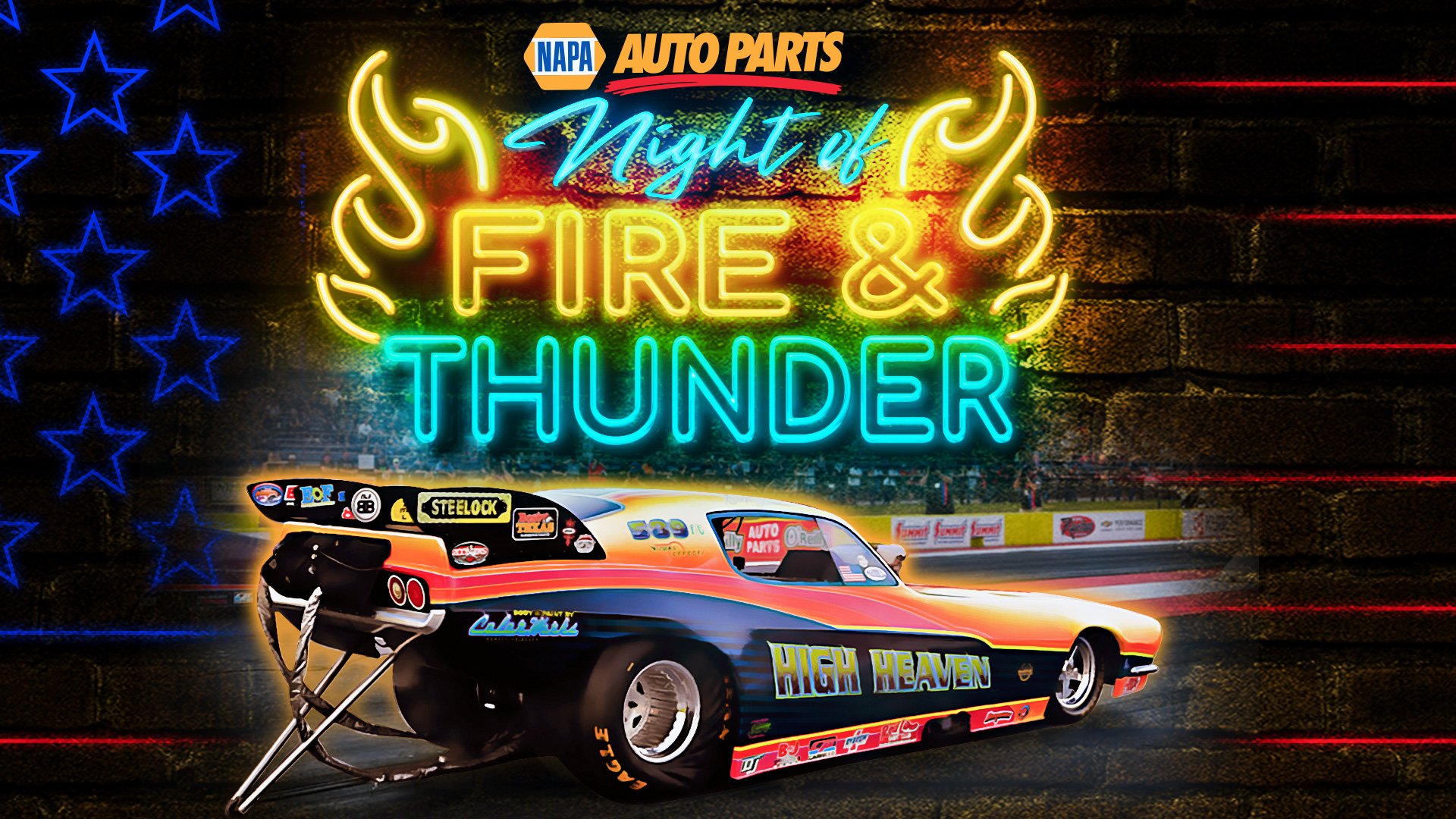 The NAPA Auto Parts Night of Fire and Thunder has been postponed due to weather until August 26-27th!

Bandimere Speedway has launched a brand new podcast called 'Burnin' Rubber,' a weekly podcast designed to give you the fan, racer or automotive enthuist a sneak peek under the hood at Bandimere Speedway and to discuss, recap and preview new events coming to Thunder Mountain!

On the latest episode of Bandimere Speedway's new podcast hosted by Ronnie Kohrt, the team at NAPA Auto Parts Tony Ralston and Will Rogers joins the program to discuss the weekend ahead, NAPA Auto Parts partnership with the Intrepid Fallen Heroes Foundation and Jeff Alire of the Veteran Truck joins the program to discuss bringing the  Veteran Truck back to Bandimere Speedway.

Featuring the Madcap Racing Engines Fast 16 and Get Biofuel Quick 16, the NAPA Auto Parts Night of Fire and Thunder will also unleash the Fineline Series, MagnaFuel Super Series, and the JR Race Car Titan 16—a true mix of speed, performance, and power hitting the legendary Bandimere quarter-mile.
But it doesn’t stop there! The Fastlane Automotive Stick Shift Shootout Invitational bangs gears and unlocks all the senses. The sights, smells, and sounds of drag racing is unmistakable when watching the four-speeds! There is nothing like listening to race cars shift through the gears as they head down the drag strip into the night.
Bandimere Speedway’s partnership with NAPA Auto Parts will also feature giveaways and special presentations throughout the evening with an opening ceremony and feature cars that will knock your socks off. Bandimere Speedway is bringing nitromethane to the party as four front-engine, nostalgic, nitromethane-burning dragsters will hit the 250-mph mark and shoot huge flames into the Morrison night sky, along with the beautiful burn of nitromethane. In addition to the front-engine machines, Bandimere Speedway has four nitromethane-powered Funny Cars coming to the event to roar down Bandimere Speedway. Drop a body on these short-wheelbase machines and go blasting into the Bandimere night, sending the smell of nitromethane into the stands. If you’ve never experienced what nitromethane does, well, you’re in for a treat of tears of joy.
But the show can’t be a show without JETS. Bandimere Speedway has also invited several jet cars to the party. After all, what’s a Bandimere party without 50-foot flames shooting out from a jet engine strapped to a dragster chassis? 2022 will mark one of the largest and most-packed shows for the NAPA Auto Parts Night of Fire and Thunder that we’ve ever presented. It’ll even include a turtle race as the Collision Brewery dragster lines up against the NAPA Auto Parts turtle truck for a showdown under the lights. It will be a spectacle unlike anything you’ve seen.
And don't forget that every ticket is a pit pass! Each ticketholder has access to the buzzing pit area, just steps away from race teams warming up their vehicles. Listen to the preview below and download the Burnin' Rubber podcast on your favorite platforms where you find your podcasts like Spotify, Google Podcasts, iHeart Radio and Apple podcasts! 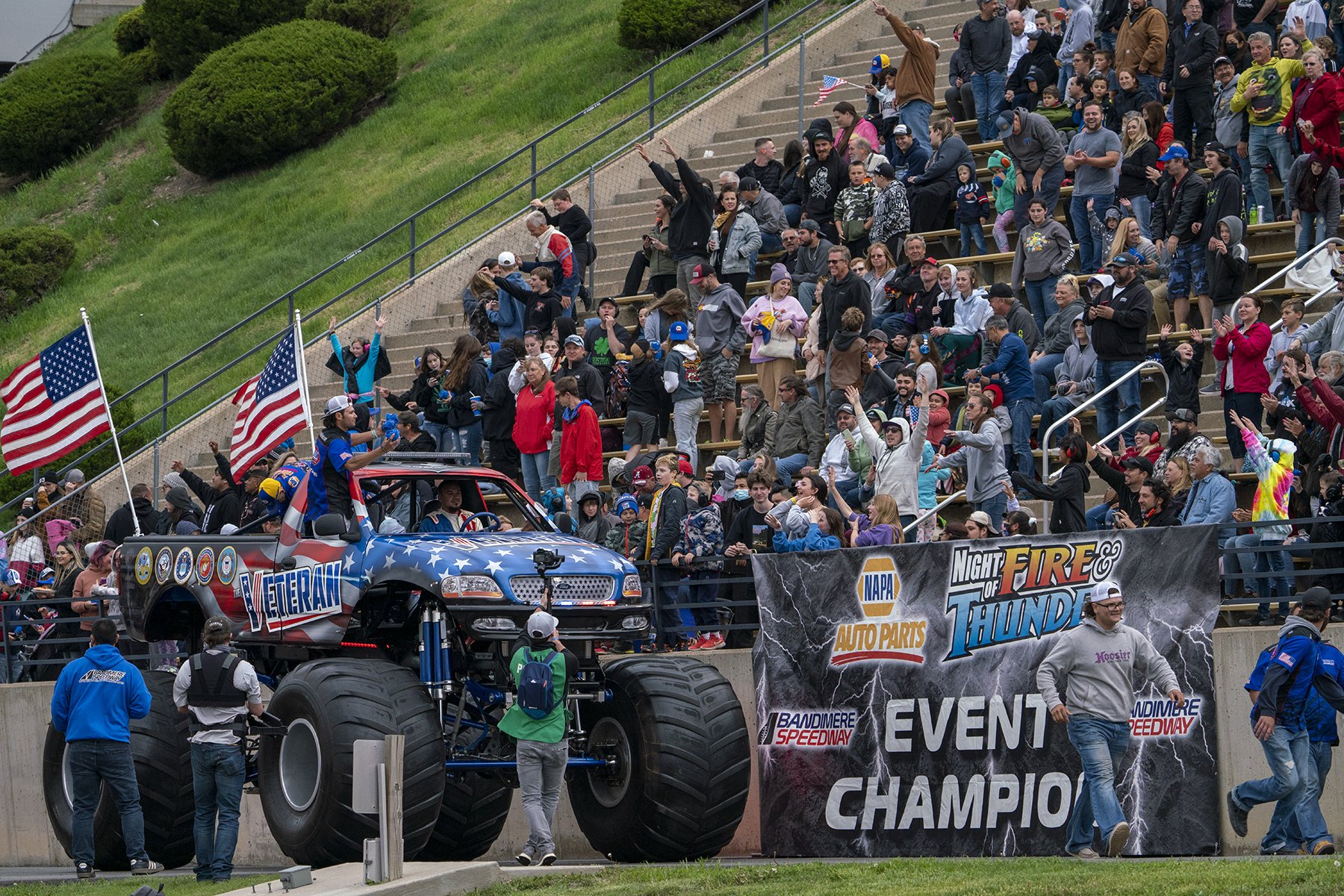