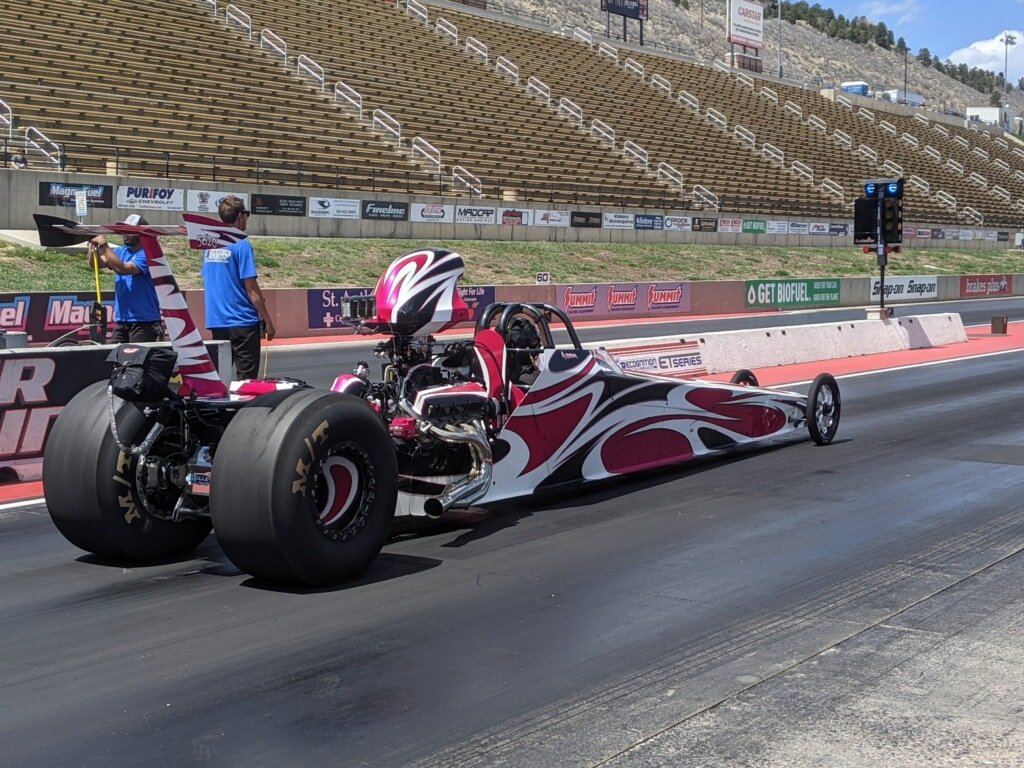 Street Bike belonged to Ryan DeYoung, who dropped his two wheeled machine dead-on (10.307 on a 10.30) in the final to beat Bill Mein for the win. Nate Larson took home the trophy in Street E.T. beating Derek Sarlo in the final and rolling right off the trailer and right into first round with no time-trials, John Tripp in the QuickTripp Dart took home the Trophy/Jackpot win.

The Corridor Collision Jr. Street program was also racing down the 1/8th in their category and Mike Middleton collected the first win of the year in the category beating Lilly Strong at the top end.

Gorgeous weather engulfed Bandimere Speedway for the first points race of the year for the U.S. Recognition Saturday E.T. Series.

Last year's Top Performer Matt Crist picked up right where he left off, nabbing a win in PRO E.T. and scoring three perfect lights in a single day. Crist's Camaro took down Sterling Nelson Dodge Dart in the final of Pro.

In Super Pro, Victoria Christensen took down Scott Walz in a very close race. Christensen's .025 package in the final beat Walz at the stripe as Walz broke-out by only .004 of a second. Christensen leaves the weekend your points leader in Super Pro. 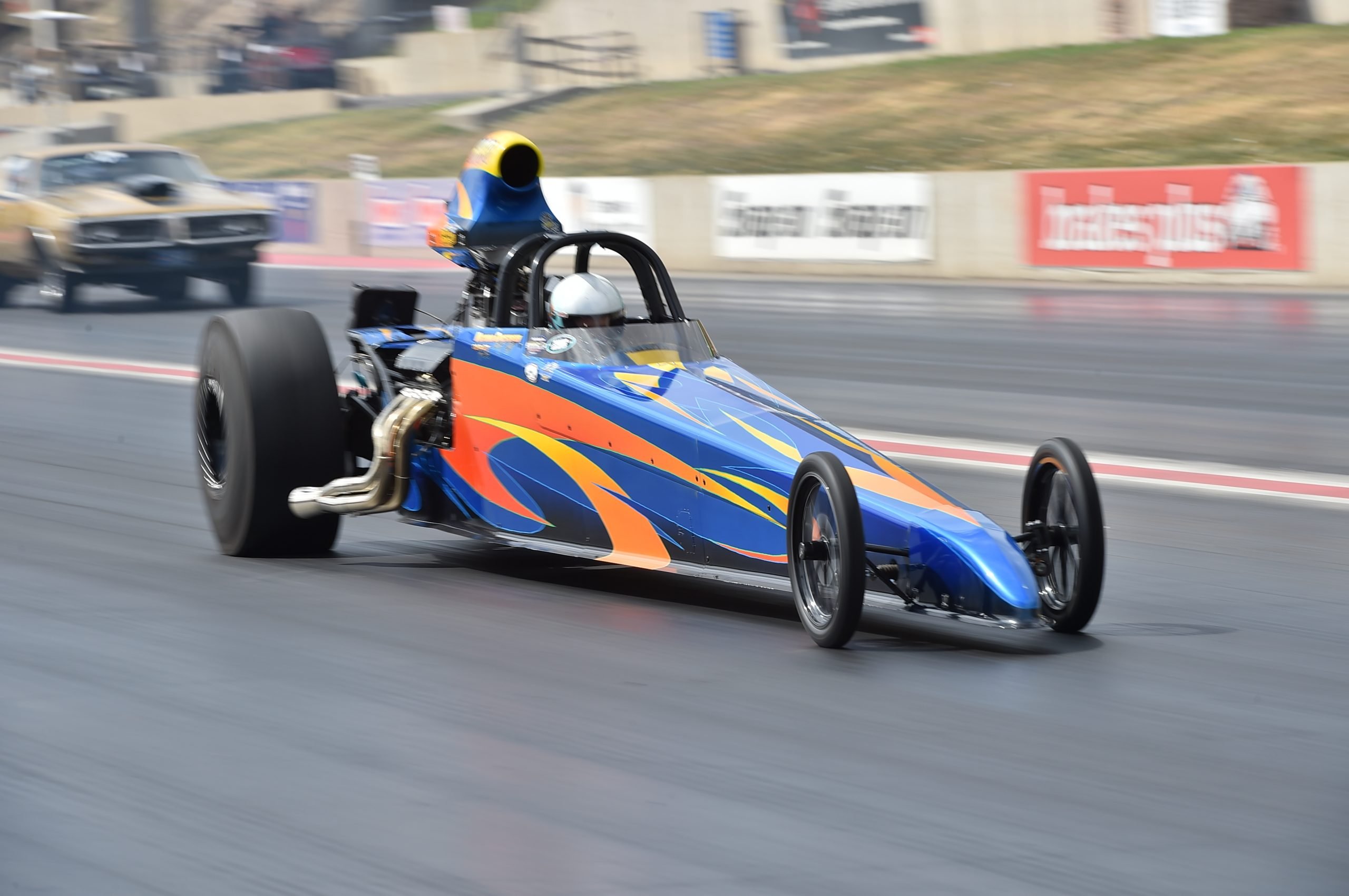 In Run Tuff, Allan Ray took down the competition in his Camaro beating Jason Hobbs in the final and claiming the Run Tuff win. The 5x Sport Compact champion in the past also joins Christensen as the points leader in his/her category teamed with Kyle Cramsey after the initial weekend.

Sunday was day two of the U.S. Recognition E.T. Series to kick-off the nine-race points series. Back-to-back days of racing means getting out of the gate is incredibly important and that's exactly what Jeff Raetz did in his Ford Mustang. Raetz took the blue oval to the finals and beat Chris Mang in an all-Ford final to claim the victory and the weekend points lead overall in Pro. 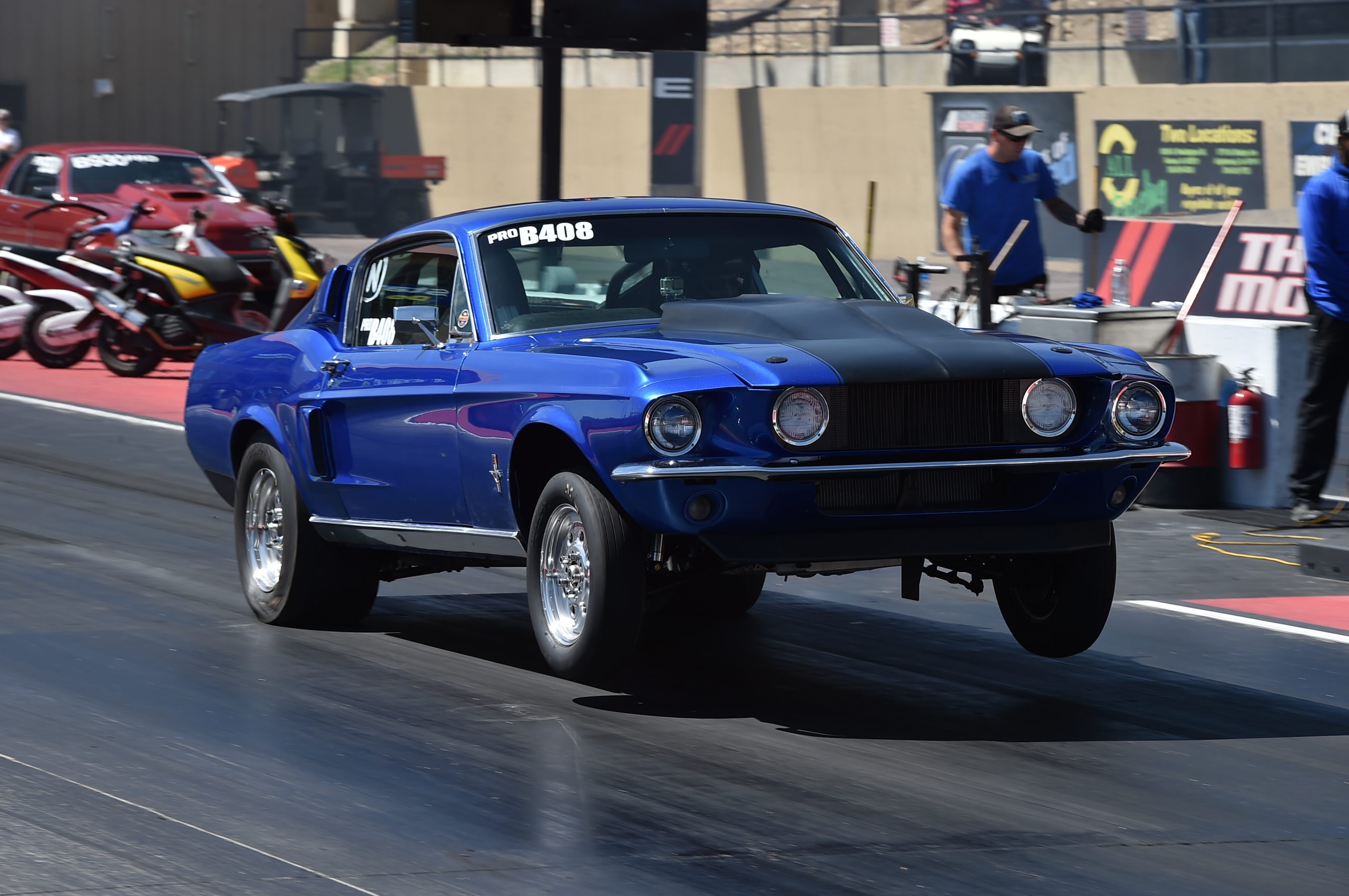 Jeff Raetz pulls the wheels off the line at Bandimere Speedway

Super Pro was won by the Keith Camblin. The K&J Snow Removal machine had reaction-times in the teens all day long and raced to the first win of the year over Rick Owens in a tremendous final. Camblin went dead-on with a zero (7.690 on a 7.69 dead-in) paired with a .009 light to drop a nine-thousand package on Owens for the win. 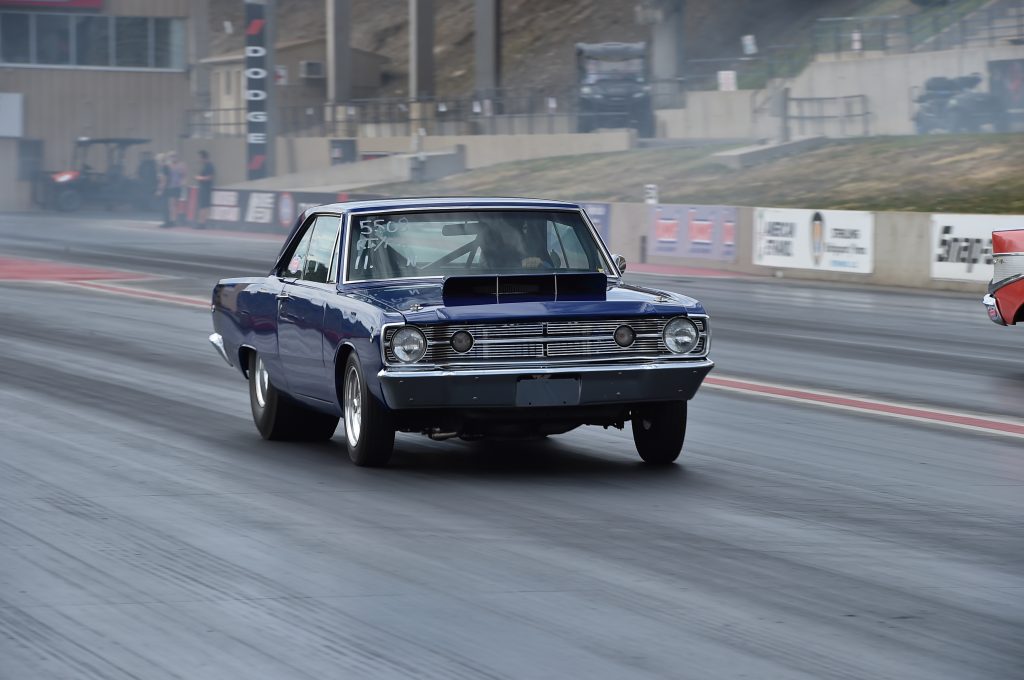 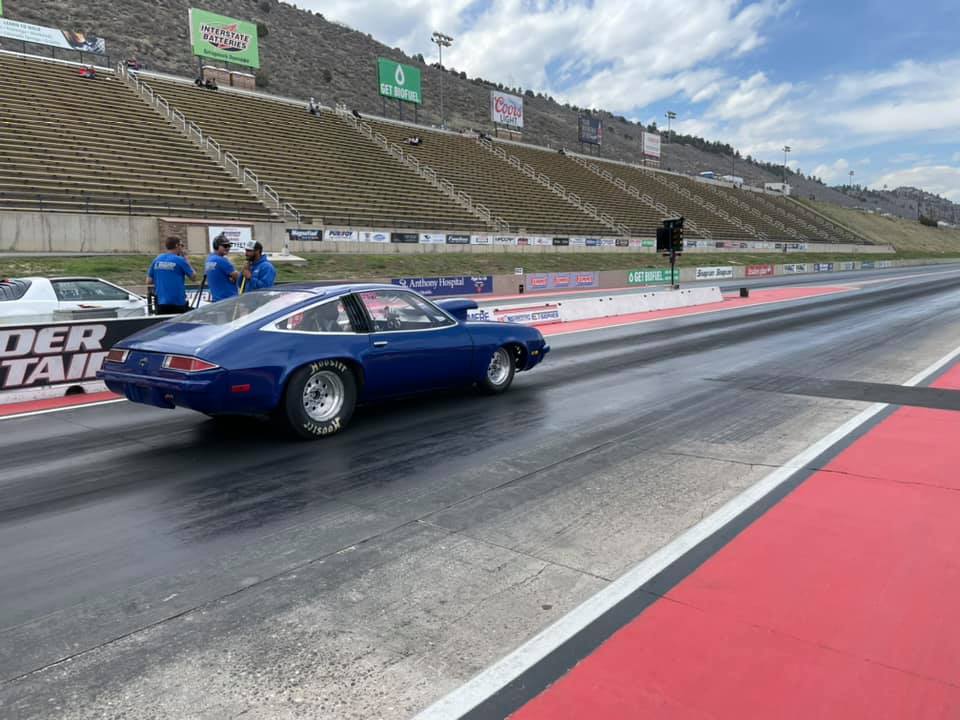 The Mopar of Scott Czarnota took home the Run Tuff win over Katie Swartwood. The Pueblo West machinist drives out of the opening weekend third in points only behind Swartwood and the Run Tuff points leader team of Ray and Cramsey.

Two Choice-Grade Ribeyes courtesy of Cortese Cattle went to Crist and Baker for being the first drivers of the day to cut .000 perfect lights.

Catch the Kinsco and US Recognition series back in action in a few weeks for the weekend of May 7th and 8th! 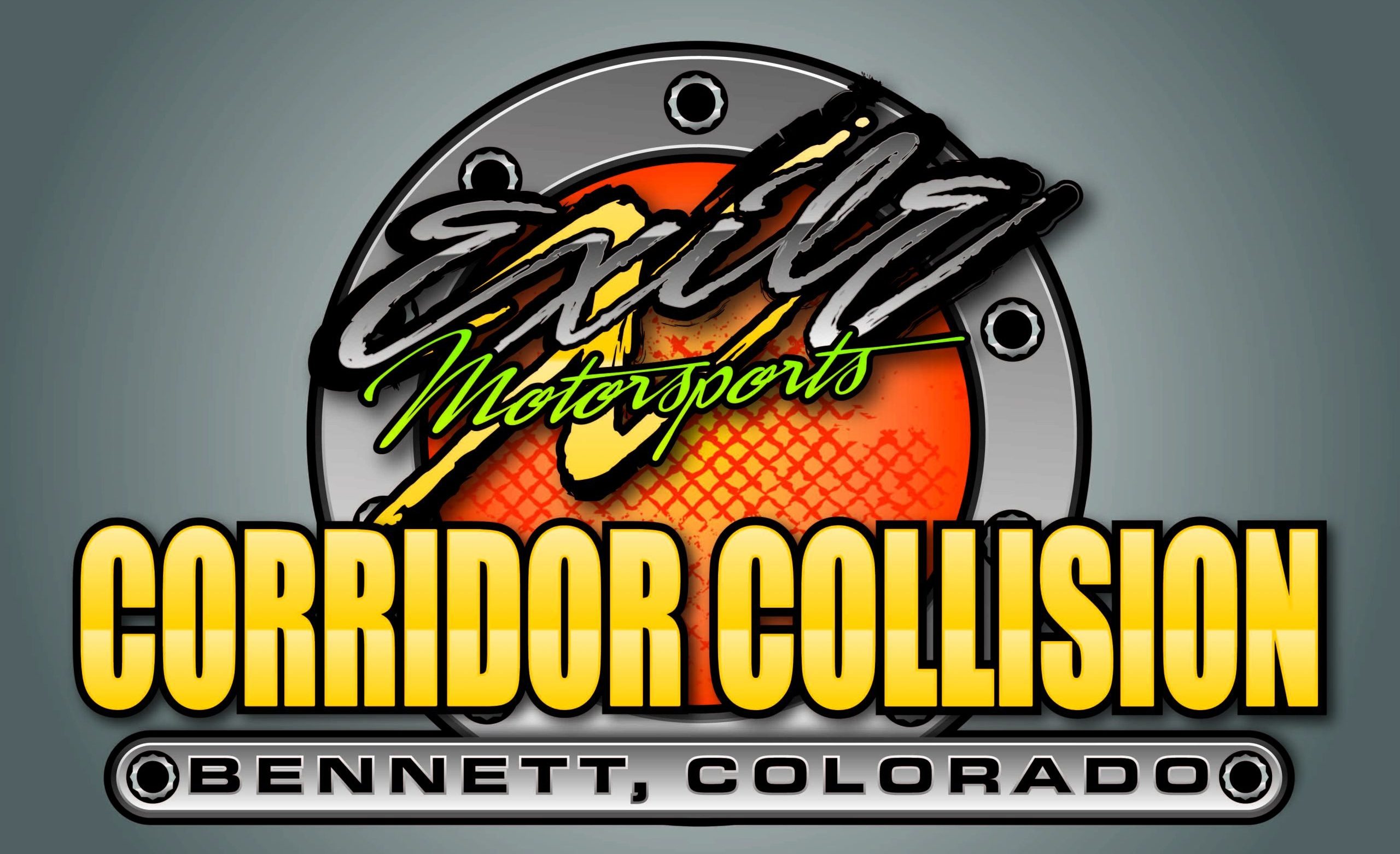